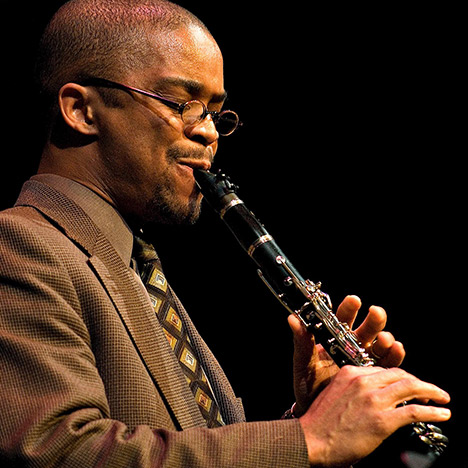 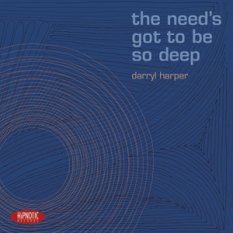 Darryl Harper began studying clarinet at the age of six in his native Philadelphia. He was introduced to jazz at sixteen by trombonist Anthony Hurdle, and within a year he began working professionally, sitting in at sessions, and performing with such local veterans as Tony Williams, Tyrone Brown, Eddie Green, and Bootsie Barnes.

The following year, at Dunbar’s encouragement, Harper applied to Rutgers University, where he was awarded the Ralph Bunche Fellowship and earned a Master’s degree in jazz studies. While a student at Rutgers, he gleaned several other honors, including a feature as a soloist with the Rutgers University Jazz Ensemble, a concert opening for Wynton Marsalis, and a chair in an octet which represented the school at the Notre Dame Jazz Festival and garnered perfect scores from four of the five judges.

In the late 90s, Harper formed his first touring bands, the Onus Quintet and the subsequent Onus Trio. The ensembles have performed at venues throughout the country (including a concert for President Bill Clinton), appeared on television, and recorded four albums on the Hipnotic Records label. Harper’s groups are acclaimed for their “poise and maturity” and “the empathy Harper and cohorts have developed over . . . years of working together . . . .”

Harper’s credits include dates with Dee Dee Bridgewater, Roscoe Mitchell, Dave Holland, and Uri Caine. He completed a two-year stint with violinist Regina Carter, touring her latest Verve release, I’ll Be Seeing You: A Sentimental Journey, throughout the United States, Europe, and in South America and the Caribbean.

As a composer, Harper has published and recorded over two dozen works. He has written a film score for the PBS documentary Herskovits: At the Heart of Blackness, and commissions for choreographers Li Chiao-Ping and Ingo Taleb Rashid and visual artists Peter Bruun and Elisa Jimenez.

Harper has been recognized by critics for “incisive arrangements” and for “richly melodic and…refreshingly inventive” writing. Harper holds a doctorate in jazz studies from New England Conservatory and currently teaches at Virginia Commonwealth University. His latest projects as a leader are the clarinet-piano duo Into Something and the C3 Project, a multi-media presentation of music, video, poetry, and dance.

“Harper pushes post-bop into a territory that is inventive, but clear and accessible……a marvel of studied moderation”

Sarabande
by The Onus