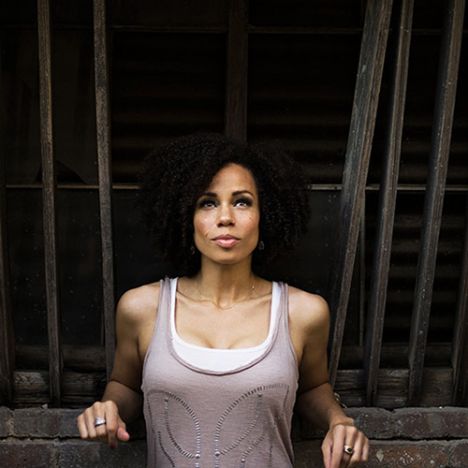 “Gillian Margot has a maturity in her voice and her presentation that belies her age… she is definitely a jazz vocalist with a bright future ahead of her!” ~ Jaymz Bee, JAZZ.FM91

Gillian Margot is the rarest sort of singer – the kind that makes people sit up and listen. She has an exquisite voice, a disarmingly wide range and a style that is deeply rooted in the tradition of the great jazz vocalists, yet she possesses a gift of storytelling and emotionally intelligent lyrical delivery that is refreshingly free of “jazz singer” clichés. Trained as a vocalist, multi-instrumentalist and dancer, Ms. Margot feels equally at home in the musical worlds of jazz, R&B and pop, and projects a stage presence and confidence honed through years of performing for audiences worldwide.

A native of Toronto, Margot got her start in jazz the old-fashioned way, playing several sets a night and leading a wide variety of ensembles and studying under a generation of jazz legends including Oscar Peterson, Freddy Cole, Carol Welsman, and Norman Simmons. She credits her love of multiculturalism and mixing of genres to her educational background in both music and anthropology. Considered a young stalwart of the Canadian jazz scene, Gillian Margot has expanded her talents beyond borders through collaborations with artists in the United States, Australia, and Asia, where she’s earned a devoted following by constantly gigging and touring in Hong Kong, China and Singapore.

A voracious collector of songs across many genres, she’s made a name for herself as a stylist who eschews jazz singer cliches in favor of an original, interpretive delivery grounded in a song’s lyrical and emotional content. She’s played major venues throughout several time zones with top-tier talent from several continents. Her vast experience includes sharing the stage with a host of greats including soprano Kathleen Battle, conductors Wayne Marshall (London Philharmonic) and Jukka-Pekka Saraste (Toronto Symphony Orchestra), as well as performing for Archbishop Desmond Tutu, Peter Gabriel, and the Honourable Lincoln M. Alexander.

In 2010, Gillian Margot independently released A Pink-Filled Sky with her chamber project, the Gillian Margot Trio. An acoustic collaboration of voice, piano and double bass, the album features a spectrum of original contemporary jazz which reveals hints of Margot’s classical training and improvisational tendencies. Captured live in concert, A Pink-Filled Sky showcases the trio’s penchant for in-the-moment arranging of standard jazz repertoire, their element of surprise and healthy irreverence echoed in the delighted applause of the live audience.

“…First and foremost [Black Butterfly] is jazz of the highest caliber, the kind that has garnered her a following in her hometown of Toronto and residencies in places like Singapore, Hong Kong, and Shanghai. There’s no mistaking it in Margot’s delivery: soulful and robust–a voice you might say was built like a brick house–but also sensuous, carefully sculpted to the contours of each song; her precise articulation; her rhythms, simultaneously poised and playful.” .

“Gillian has a love for song and the storytelling aspect of musical performance. The tone and sincerity of her voice, her remarkable presence and knowledge, use of phrasing, and ability to communicate with an audience make her relatable and personable. She has a penchant for hard work and a tendency to win over an audience.”

“…a rich, clear and earthy voice that was both rhythmic and free…strong in voice yet vulnerable in spirit, conversant and still melodic as she delivered the lyrics of resignation…This lady needs to be heard…”

“…a stunning debut by a jazz vocalist who sounds like she has chops that must have been related to a civil rights era jazz/soul singer…[Supported] by [] the bubbling under A team of New York jazz, this after hours flavored vocal set is a real charmer. Margot knows her stuff and how to roll it out in fine style.”

Get social
with me.