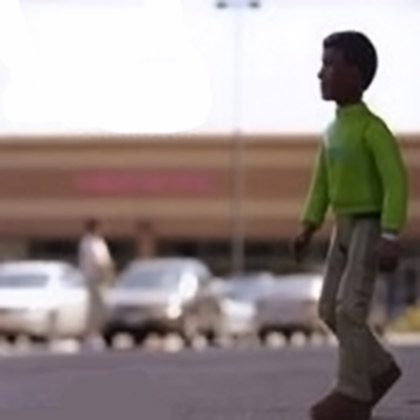 Darryl Harper has always taken the unexpected route. But four clarinets, voice and rhythm section? That’s the sound of surprise that animates Stories In Real Time, the recorded debut of Harper’s ambitious C3 Project. While the instrumentation may throw listeners a curve, Harper’s approach is mindful of precedents — this clarinetist is not one to ignore the call of musical ancestry. In fact, he’s quite specific about his role models, ones that are by no means limited to his chosen instrument.

“One morning in the mid-’80s,” Harper recalls, “I was getting ready for school, I had the radio tuned to WRTI-FM out of Temple University [in Philadelphia], and I heard the World Saxophone Quartet. I’d never heard anything like it, and it just blew me away. I went right to the library and looked them up. Those guys were a huge influence from early on, and David Murray participated in a similar project with clarinets.” The clarinet group, featuring Murray with Jimmy Hamilton, John Carter and Alvin Batiste, released Clarinet Summit in 1984, Clarinet Summit Vol. 2 in 1986 and Southern Bells in 1987, and one can hear their uncommonly rich palette of sound reflected here in Harper’s work.

“Another big inspiration,” Harper continues, “was the Uptown String Quartet, and the work Max Roach did, commissioning all those composers to write jazz pieces for strings. He got folks like Frederick Tillis and Odean Pope and Leslie Burrs to write for the Uptown. Burrs’s ‘Song for Winnie’ is one of my favorites — I’ve been listening to it for 20 years.”

Following Roach’s example, Harper has commissioned a growing number of guest composers to write for the C3 Project, among them the ones represented on this disc: Ken Schaphorst, Roland Davis, Brian Landrus and Sunggone Hwang. Moreover, Harper envisioned a multimedia tapestry to accompany the music. The group’s 2005 concert premiere at New England Conservatory (NEC), where Harper earned his doctorate, involved live music but also video installations, choreography, spoken-word recitation and sung lyrics. More concerts followed, and the C3 repertoire rose to a level of high refinement, as you’re about to hear.

Harper emerged from Philadelphia’s fertile jazz soil, attended Amherst College as an undergrad, went to Rutgers for grad school, operated out of Baltimore until 2004, then ventured north for doctoral studies in Boston. Currently living in Richmond, Virginia, he has racked up high-profile touring credits with star violinist Regina Carter. But Harper’s main vehicle of expression has been The Onus, a group that exists in both trio and quintet incarnations and has four HiPNOTIC titles to its credit. The most recent, Triphony, features Harper with Matthew Parrish on bass and Harry “Butch” Reed on drums — a striking clarinet twist on the chordless trio, usually associated with saxophone.

The Triphony trio convenes once again on Stories In Real Time, but Harper expands its textural surroundings. What began as a showcase for one horn is now a feast for four, a stretching of the clarinet continuum in modern jazz. “One of the things I was trying to accomplish with the clarinet quartet was to have a group that’s really tight and phrases together — a strong ensemble — but where you can also hear each personality,” Harper observes. “We’re not all trying to have the same pure clarinet sound, so it’s different from, say, a classical chamber group.”

And those personalities? Harper chose seasoned players, with a view toward contrast and compatibility. “Brian Landrus specializes in low woodwinds and came to New York from Las Vegas, where he played all the time in all kinds of bands,” says Harper. In addition to his purposeful bass clarinet, Landrus contributes the brief yet evocative “Pressing,” one of three tracks (along with “Magnolia” and “Suite for Jazz”) to feature the clarinet quartet unaccompanied.

Harper continues: “Alec Spiegelman, who I met at NEC, has such character in his playing. He’s a multi-instrumentalist who’s worked in everything from soul bands to klezmer ensembles, and he’s got all those ingredients, plus a really dirty tone. He comes out of that whole Albert Ayler universe in terms of how he produces sound. Then there’s Kenny Pexton, from the Bay Area. We first played together at NEC in a concert with Dave Holland. Kenny and I probably have the most similar sounds. I tried to place him strategically in the quartet to maximize that, using us both as opposition points, with Brian and Alec around us.”

Lefteris Kordis, the marvelous Greek-born pianist, anchors these involved arrangements and supplements the harmonic colors, keeping tonalities loose and mobile. “Lefteris was in the NEC doctoral program with me, so we worked together on many different projects,” Harper says. The great Bob Brookmeyer has praised Kordis’s talent for “making songs from songs.”

Vocalist Marianne Solivan, also an alumna of NEC, opens another breath dimension in the music. In Harper’s “Saints and Sinners,” a cycle of four short episodes and two longer movements, she recites the elegant verse of Terence Culleton, whose works A Communion of Saints and Message from a Floating Dock form the basis of the suite. “I admire in Culleton’s poems the tension between what he calls ‘decorum and aggression,’” Harper observed in a recent concert program note. In part six, “We Both Know What It Comes To,” the music echoes Culleton’s sexual theme (“My body asks, your body turns to tell”): “Everything’s done in pairs in terms of orchestration,” offers Harper. “It opens with Alec and me trading these little phrases. After the poem Alec and I take the first solo together, and then Lefteris and Marianne take the next one.”

Part five, “The Secret,” introduces a fiercely rhythmic bass line, a theme of constant but uneven motion. (The piece is also a strong solo feature for Reed and Parrish, respectively.) Harper explains: “The bass line is based on the lilting rhythm of the poem. It also ties into the poem’s disturbing subject, a past trauma which is never really revealed to us.”

For all its intricacy, Stories In Real Time also trades in the simple pleasure of song. Solivan is alluring on the darkly hued waltz-time ballad “Bliss,” co-written by Harper and HiPNOTIC label head Tony Haywood, with an arrangement by Baltimore bass clarinetist (and HiPNOTIC recording artist) Todd Marcus. The song first appeared on The Onus’s self-titled debut of 1997. “This was our first chance to record it with a vocalist,” notes Harper. “It was a nice moment for me, the way all these people from different periods in my life came together — Tony from college, Marianne from Boston, Todd from my time in Baltimore.”

Solivan is also front-and-center on the stirring gospel number “A Prayer,” by singer, author and educator Horace Clarence Boyer. While leading a gospel choir in Philadelphia, Harper had the opportunity to perform the song with Boyer at a concert honoring Dr. Martin Luther King, Jr. “It’s a piece I’ve had a relationship with for a while now,” Harper says, “and I wanted to do it with this group, with Marianne’s voice. She’s so wonderful at rendering a lyric.”

Harper’s commissioning efforts are the lifeblood of the C3 Project, a way of soliciting fresh ideas and keeping the ensemble on its toes. “The first composer I sat down with was Ryan Truesdell, who wrote the first piece for us, for clarinet and string quartet,” Harper recalls. “We’re both big fans of Jimmy Giuffre, and that first conversation grew out of our shared admiration for ‘The Side Pipers.’ From there I just kept going.”

Just as his guest composers challenge the ensemble, Harper’s commissions can nudge the invitees into new and unfamiliar areas as well. “Magnolia,” for instance, is the first-ever clarinet quartet work by Ken Schaphorst, a founder of the Jazz Composers Alliance and chair of jazz studies at NEC. “The piece is a loose set of variations based on a tango-inspired melody,” Harper explains. Again, he and Schaphorst bonded over shared musical passions, which carried over to the immediate task at hand. “I was studying with Ken at the time, and he knew the Clarinet Summit albums. He’s a big fan of John Carter, who passed away right before he was supposed to come to NEC. So we were looking at those scores from Carter’s Roots and Folklore project and getting inspired.”

Roland Davis’s “Tilant, Zare, Nege” is inspired by filmmaker Salem Mekuria’s video installation “To Arba Minch.” “Roland is a real interesting guy from Hawaii who was studying with Brookmeyer at NEC,” says Harper. The piece, he notes, “explores the juxtaposition of old and new in Ethiopia,” bouncing off Mekuria’s desire to portray the East African country as more than simply drought-stricken, arid, forsaken.

If Harper’s work, in his own words, evokes “contemplation, humor, and the urge to dance, as [it] reveals influences from Ethiopia to New Orleans and from Brahms to James Brown,” then his composition “Tore Up” falls on the dancing, James Brown side of the equation. This is no static groove, however. There are subtle metric shifts and turns of harmonic emphasis, not to mention absorbing solo flights from Landrus, Harper, and Kordis.

Finally, “Suite for Jazz,” by Sunggone Hwang, a native of Seoul, South Korea, closes the album with a kind of Ellingtonian whimsy and a fairly direct homage to the model of the World Saxophone Quartet. “It’s a really well-balanced piece,” says Harper, “and I just loved working with Sunggone. When he would come to the rehearsals, the look on his face was so joyful, and I think that comes through in the music. It was such a great experience to work with living composers — I could have conversations with them, they could give me feedback, we’d go back and forth. It felt like the pieces were being written on us, on the ensemble.”

They were stories written, one could say, in real time.